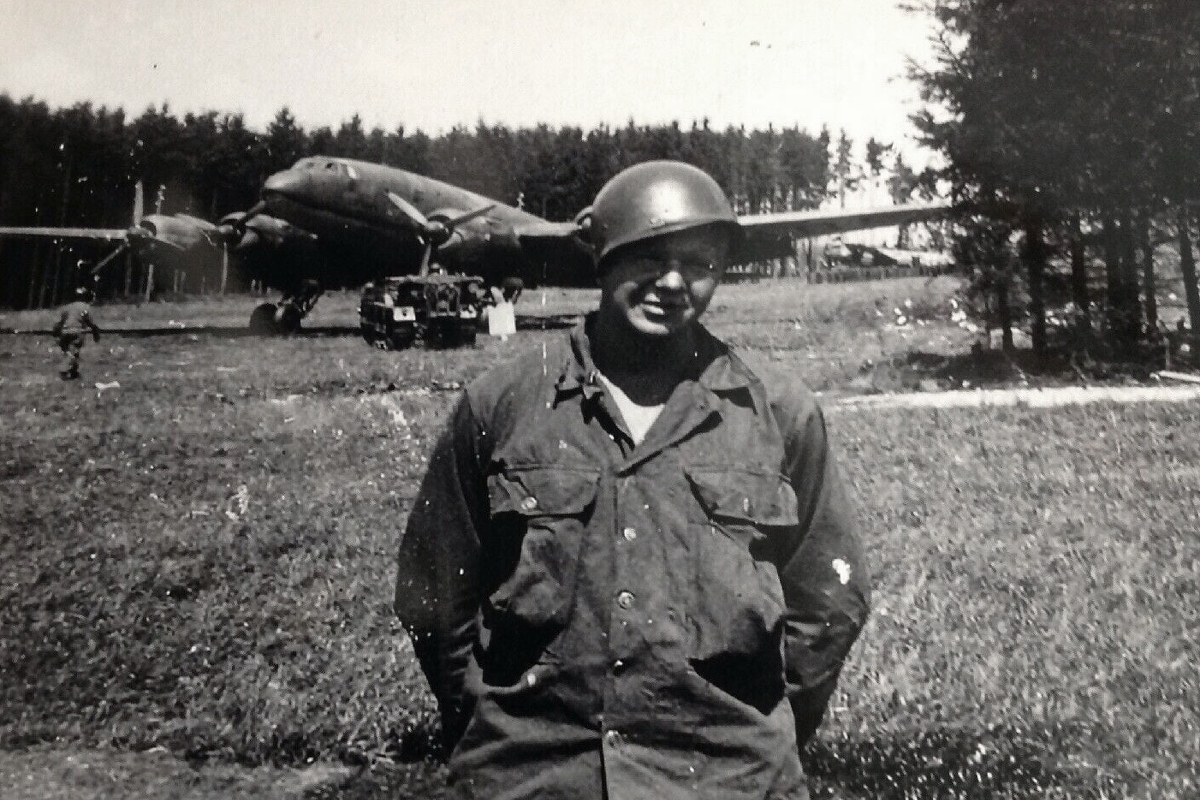 In 2011, we published a photo of a Junkers Ju 88 C-6 coded 8H+SL and wearing an attractive camouflage and marking combination.[a] We concluded that it belonged to 3./(F)33 due to its tactical code and its yellow Luftflotte 4 markings. 3./(F)33 had operated in Greece and Hungary under Luftflotte 4 before it went back to the Reich just before the end of the war.

At the end of March 1945 the Staffel began its retreat from Hungary via Götzendorf and Markersdorf in Austria to Kirchham in southern Germany, where it arrived on 9 April 1945. One day later, the Oberkommando der Luftwaffe (OKL) ordered its disbandment. We therefore concluded in our book ‘Captured Eagles Vol. I’ that ‘it may well be that it was at one of these airfields in Austria or Germany where this photo was taken.’[a]

Meanwhile, a newly discovered photo appears to confirm that conclusion. The photo shows Ju 88 C-6 8H+SL behind a Focke Wulf Fw 200 Condor. The Fw 200 could be identified as D-AARB based on other photos of the same plane. It was marked ‘Lufthansa’ and ‘Rheinland’ on the fuselage and was supposedly found at Pocking airfield.[b] Pocking was only about 10 kilometers from Kirchham where 3./(F)33 was disbanded in April 1945.

Since Kirchham and Pocking were so close, it may well be that the location of where the Fw 200 was captured was incorrectly identified as Pocking and that in fact all these aircraft were found at Kirchham. If you have information that confirms either Pocking or Kirchham we would be happy to hear from you.

With the same group of photos there was also a photo of a Junkers Ju 188 with yellow Luftflotte 4 markings. See also our other addendum about a Fw 190 F-8 captured at Pocking here. 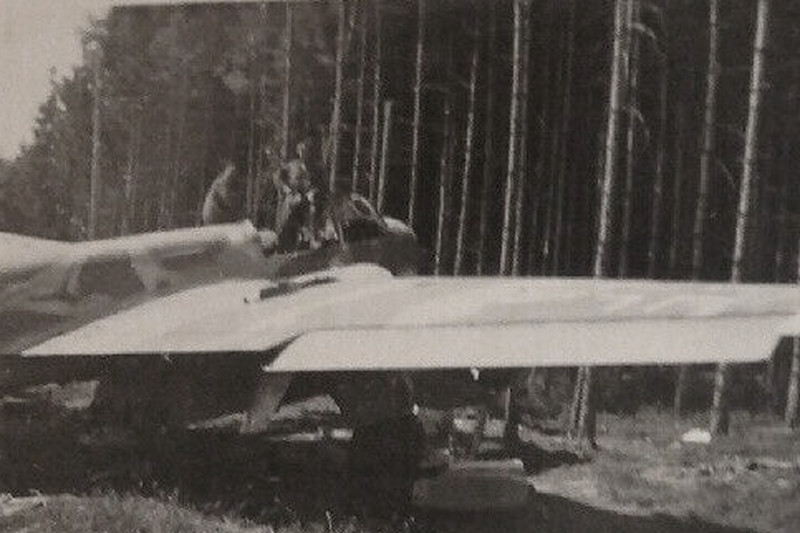 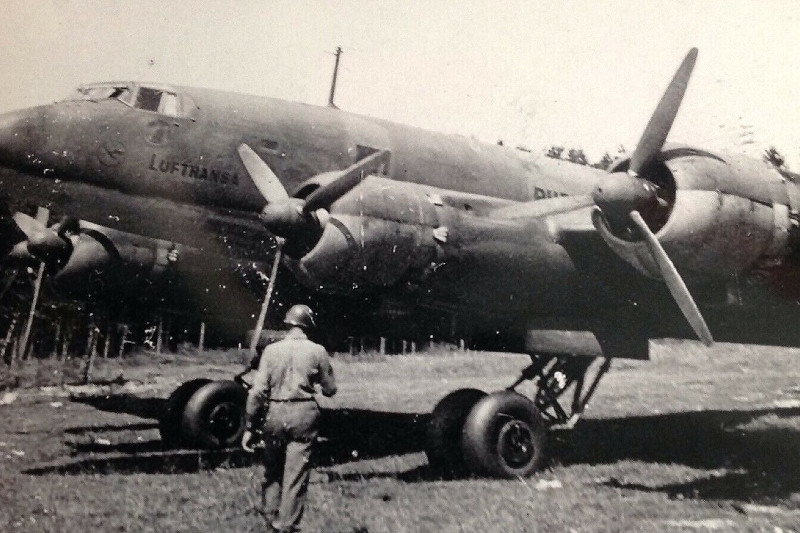 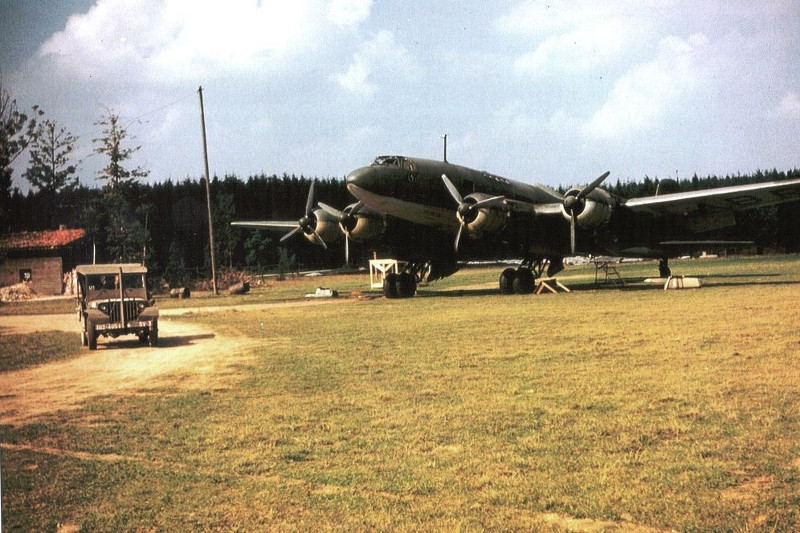 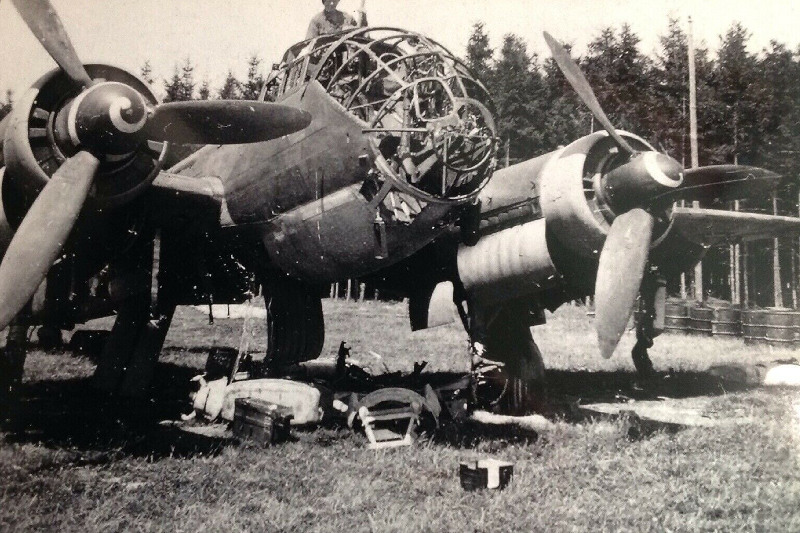