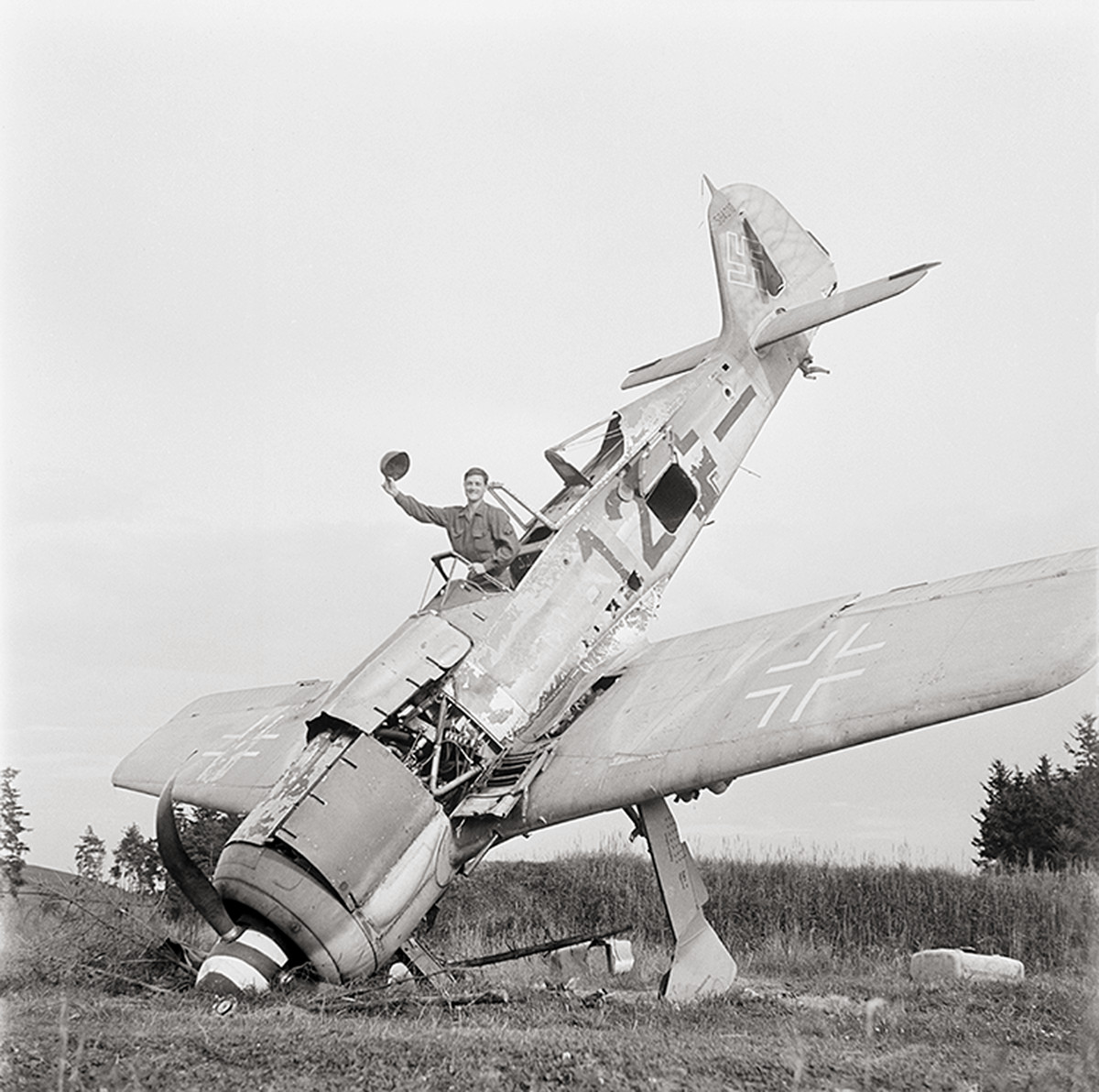 In 2011, we published a very sharp photo of the wreck of an unidentified Focke Wulf Fw 190.[a] The photo showed the starbord side of the cowling and forward fuselage including the canopy. Since neither its wings nor its tail with the serial number were visible, a clear identification of the subtype was not possible at that time. The location where that wreck had been found was also not known.

The aircraft’s markings are very similar to the ones found on the Fw 190 F-8 ‘Black 3’ that had been attached to 5./SG 2 iat the end of the war. On 8 May, Feldwebel Eugen Lörcher flew with this aircraft from Kummer am See to the west. He made a belly landing near Aufhausen with his wife in the back of the fuselage.[c]

[b]: Vaccaro, M.A. (1945) ‘Reconstruction’, photo taken by Michael A. “Tony” Vaccaro at the end of WWII, caption: ‘An American soldier poses in a downed German Stuka, Pocking, Germany, 1945.’, Available at http://tonyvaccaro.studio/category/reconstruction/page/2/ [accessed on 5 March 2018]