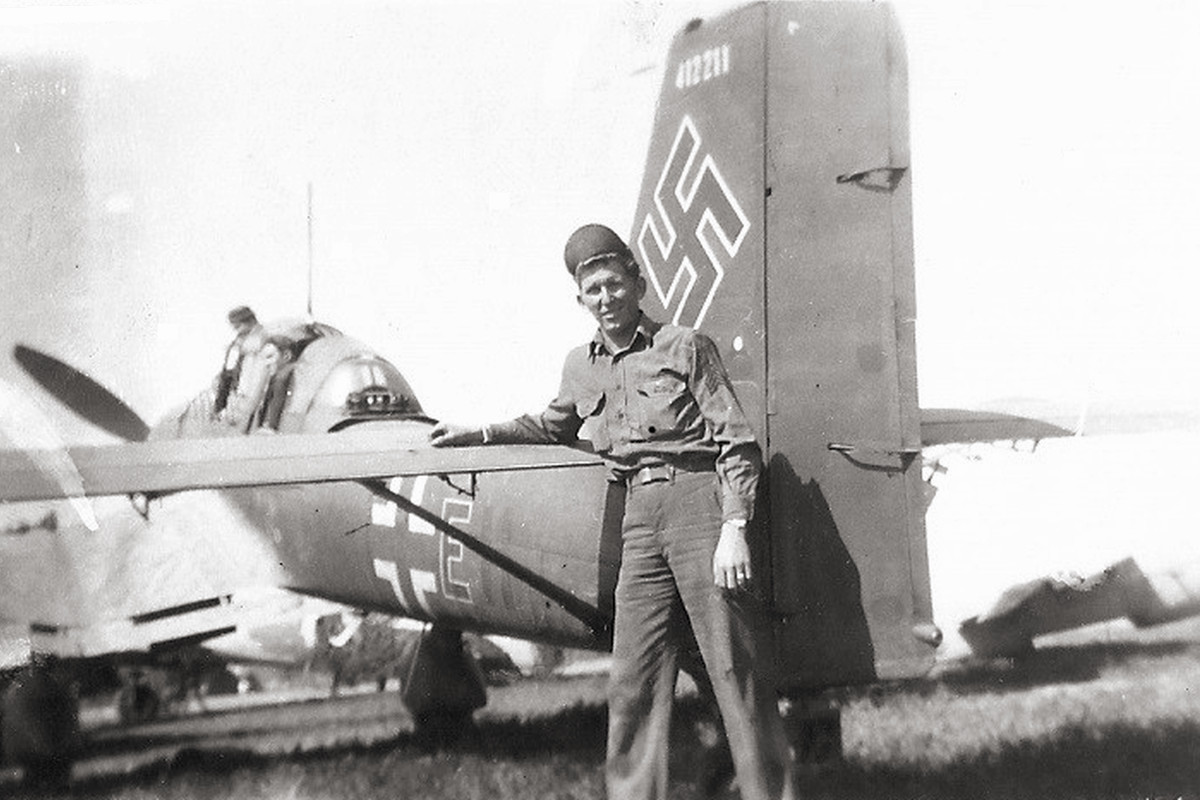 In 2011, we published two photos that showed a Ju 87 D (see photo no. 13 & 14 on page 11ff of our ‘Captured Eagles Vol. I’).[a] At that time, the location, unit, marking and W.Nr. were unknown. Meanwhile, additional photos have been found that shed more light onto this aircraft.

This Ju 87 D was found at Fritzlar airfield in Germany. It carried the W.Nr. 412211 and the tactical code 8M+EH. It belonged to Schleppgruppe 3, which also explalins the presence of the towing device at the tail of the aircraft.[b]

Color footage has also been discovered that now allows us to tell more about the aircraft’s camouflage.[c] The code EH was black and the overall camouflage dark green. What has not been recognizable on the b/w photos we published is the yellow lower cowling in front of the oil cooler intake. 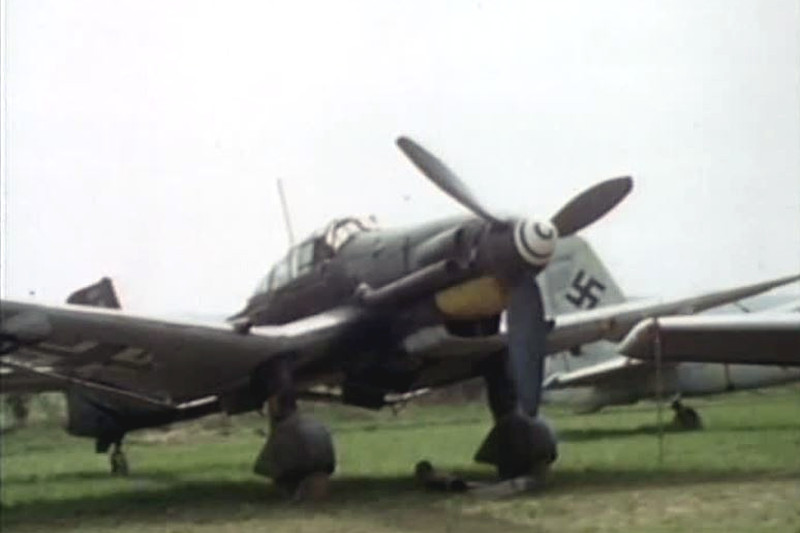 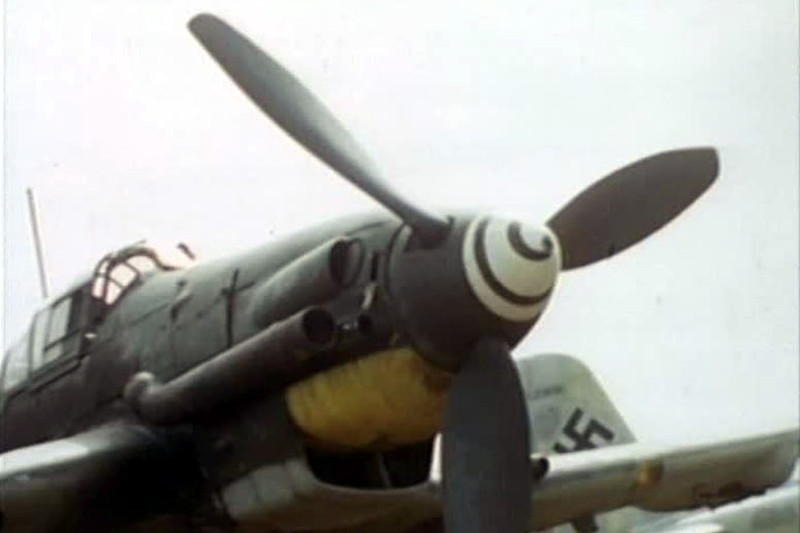 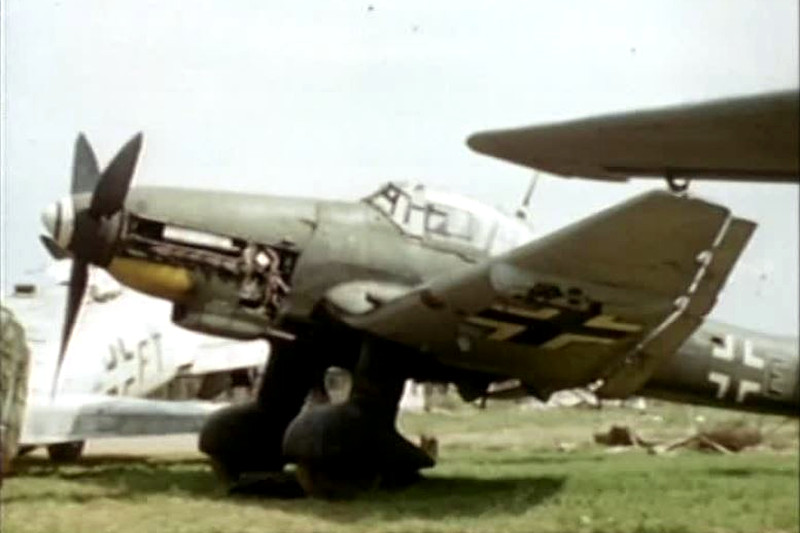 [b]: luftwaffe-research-group.org, thread about Fritzlar